The Texas Family Code has a statutory definition of a common law marriage as an “informal marriage”. This makes it equal in force to a formal marriage created by a marriage license and marriage ceremony. As a result, you will need the help of a Texas divorce lawyer to dissolve the informal marriage.

What is a common law marriage in Texas

An informal marriage occurs when two people have the capacity to enter into marriage and complete three statutory requirements.

Why is it called a common law marriage or informal marriage?

Common law marriages arose from courts deciding a marriage existed for legal purposes even if the marriage was not formalized by obtaining a marriage certificate or religious ceremony. Common law refers to law created by judicial precedent rather than statute or decree.

The American legal system primarily comes from the English judicial system in which courts are involved in shaping law primarily around issues of fairness. Out of jury verdicts and legal rulings a body of court-made law arose that was not established by a statute or decree from the legislature or crown. This body of law was known as the common law.

American courts in most states adopted the English common law, removing some parts and adding new ones.

As settlement in America moved west people wanted to marry but there were no officials empowered to marry so people would informally marry. This formed the basis for the common law marriage in the United States. As settlements expanded with courts and churches the need for informal marriages decreased but the concept never went away entirely.

In the twentieth century efforts to modernize the legal system formalized much of the common law into statutes to give legislatures control over these laws and to create more uniformity. That is how common law marriages became statutory informal marriages under the Texas Family Code.

How long do you have to live together as spouses to become common law married in Texas?

None of these are true. You can even find attorneys wrongly repeating these myths.

Under the Texas Family Code as long as the relationship meets all three elements at the same time there can be a common law marriage. The parties could live together for a very short period of time. This is just like a formal marriage. If the spouses decide to end their marriage after a few days, then they may only live together for days.

The shorter the parties cohabitate the harder it may be to prove they agreed to be married but that is a question of fact for the judge or jury to decide.

Sometimes people also incorrectly believe if you live together in a relationship for any length of time that a common law marriage exists. This is also incorrect. Under Texas law there is no length of time living together that alone creates a marriage. Even decades living together by itself does not create a marriage. The parties must agree to marry and hold themselves out as married. 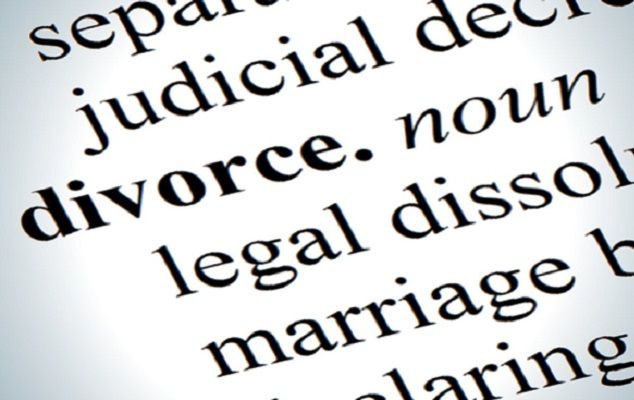 Declarations of Informal Marriage in Texas

If you have filed a Declaration of Informal Marriage then it is difficult (although not impossible) to dispute the existence of a common law marriage, much like a marriage license produced through a formal marriage.

If you do not file a declaration then it is up to the party who desires to establish the marriage to prove the existence. This is normally done by trial in a divorce proceeding for the common law marriage.

Why obtain a divorce for a common law marriage in Texas

In many cases the parties to a common law marriage who split up never obtain a divorce, they simply go their separate ways and act like the marriage never really existed. As a practical matter, this can work just fine for the spouses much like other married individuals who separated from their spouses but never obtain a divorce.

If no declaration was filed proving the common law marriage then it is even easier to go on as though the marriage does not exist (or never existed) because there is no documentation in the state’s marriage records. It’s cheaper than hiring divorce lawyers but not necessarily the best solution.

However, just like spouses in a formal marriage who separate but do not divorce, problems can arise down the road when you or your common law spouse want to take advantage of the Texas Family Code’s provisions on property division in a divorce or one of the common law spouses dies and the other (or his or her family) wants to pursue assets from the deceased spouse’s estate.

Is there such a thing as a common law divorce in Texas?

A common question is whether Texas also has a common law divorce. After all, if judges can create a marriage without a license or ceremony, then can a judge do the opposite? The answer is: sort of.

The truth is that informal marriages arise and disappear without any judicial process all the time. A common law marriage can dissolve with no divorce if neither spouse pursues a divorce. This is a “if a tree falls in the forest and nobody is around, then does it make a sound?” situation.

If the spouses do not pursue a divorce and go on with their lives as single people then maybe there wasn’t a marriage at all. That is the position of the Texas Family Code. Section 2.401(d) states that if the two people stop living together and do not pursue a divorce then there is a rebuttable presumption that they never agreed to be married in the first place. That does not mean the common law marriage is over without a divorce.

It means Texas law presumes there was never a marriage.

You can deal with child issues in a child custody case outside of a divorce but it is common to deal with the child and property issues collectively in a divorce. You may want to protect the assets you have now or into the future from your common law spouse.

This is particularly useful if you see yourself moving into a higher income bracket where your earnings continue to be community property.

Alternatively, your common law spouse may be financially better off after you separated and you want to use a divorce to exercise your community property rights under the Texas Family Code.

I would guess 99% of all disputes over the existence of a common law marriage in Texas involve property disputes.

In Texas you may only enter into one marriage at a time and failing to dissolve a prior marriage can subject you to criminal punishment for bigamy and void your current marriage.

Disputing the existence of an informal marriage

Typically a common law marriage is disputed by proving one or more of the three statutory requirements was not satisfied. This usually requires a trial on evidence of these requirements.

If you filed a declaration with the county then it is difficult to disprove the marriage. You gave testimony in the declaration to the contrary. Which requirements may be best argued and the evidence depends entirely upon the facts of your particular situation. (And hope you did not file a Declaration of Informal Marriage.)

Defenses to an informal marriage in Texas

Another way to dispute the common law marriage is to prove one or both lacked capacity to enter into marriage. Lack of capacity can be shown by identifying a statutory reason why the two parties cannot marry. If any of these conditions ended during the alleged marriage then the marriage can is valid from that point forward.

The third most probable defense is one spouse was already married during the course of the alleged common law marriage. Because no person can marry multiple spouses in Texas, the latter marriage is void. There are some complications with this issue if one of the alleged spouses did not know the other was married; but that will not create a second, simultaneous valid marriage. The second marriage is still void.

Do I need to hire a divorce attorney for to divorce a common law marriage?

On the other hand, if you did not file a declaration then the divorce will be more difficult. In these cases the party seeking divorce must first prove the common law marriage exists. That may require filing motions, discovery and hearings to decide whether the parties met the legal requirements. Often both parties will hire divorce lawyers to represent them in those proceedings due to the complexity involved.

These divorces often require a lot of work and legal expertise.

If you believe you need to divorce a common law marriage, or defend yourself from a divorce, you should talk to an experienced divorce attorney right away.