An article published today by Ignites discusses the annoying habits of coworkers according to a poll of mutual fund employees. Although we’re not all mutual fund employees, the habits pointed out in the survey are the annoying habits you find across all industries. The worst of the worst was loud phone conversations. A lot of these employees work in jobs where they are on the phones all day or most of the day, so loud conversations of both personal and professional discussions can really interfere with work. Can annoying habits become workplace harassment? Let’s find out.

Other annoying habits in the workplace included fingernail clipping, gossip, inappropriate attire, not washing hands after using the restroom and bringing smelly food to the office. Everybody does something that annoys other people and working in close proximity with people day in and day out can make small annoyances turn into the worst thing anybody has ever done, ever. Right?

It is easy to create friction by approaching the person and bringing it up. Just like neighbors where you live, you also have to “live” next to these employees for the foreseeable future. You don’t want to create a worse situation by making things more uncomfortable and potentially encouraging that person to increase their annoying conduct to further grind your gears.

Some other examples of annoying workplace habits:

Of course, a situation that gets really out of hand might result in some adverse employment actions by the employer and that is certainly not what you want. Today’s post will discuss how to deal with these situations from each side of the issue to avoid damaging your employment. If these situations rise to the level of a legal claim for hostile work environment then you should talk to Texas employment lawyers.

It’s easy for these situations to get out of hand when somebody decides not to behave maturely. Fourteen years ago I gained an entry level job in a small health insurance company. Like many office buildings, our workspace was a cubicle among a sea of cubicles. These cubicles were small but the cubicle walls reached about six feet high so you had some sense of privacy. I was assigned a cubicle next to an older lady who mostly kept to herself. She seemed very annoyed by everybody so I didn’t take the time to introduce myself. She apparently had an issue with the cologne I wore but failed to bring it up to me, or management, or anybody else.

Instead, she took a really bizarre self-help option. She put her desk fan on the overhead storage compartment so the fan blew down on my cubicle. Then she sprayed into the fan with a can of Lysol. If you have ever had Lysol sprayed into your face then you know it’s a pretty awful experience. It gets in your eyes and your sinuses and makes for a pretty bad day. This is absolutely a true story. I went and talked to my manager at the end of the day, who seemed incredulous about the situation but said she would investigate.

A couple days later the same thing happened and I immediately called my manager over so she could see the fan and smell the Lysol. Ok, so management talks to her and she tells them she has an issue with my cologne. They move her to the front of the row (I don’t know if anything else happened to her) but I still have to walk by her every time I come and go to my desk. I assume everything is fine.

Then a couple weeks later, she positions the fan blowing down the aisle and carpet bombs our aisle with furniture polish. It’s so bad that everybody on our aisle and the aisle next to us is coughing. Manager is again called over and she is moved to another aisle but after engaging in chemical warfare against her coworkers she keeps her job. They were just desperate for people who would stay with the company. It isn’t surprising that people on the inside tell me the company is dwindling in size and management is just getting worse and worse. Again, this is an absolutely true story. So engaging in chemical warfare, or any other type of warfare, is not the appropriate course of action. Let’s just get that out there.

When a coworker’s habits annoy you

You should tread lightly and professionally in raising the issue with your coworker. It may be that the employee has no idea he or she is annoying other people but sometimes people take these things very personally. Gauge the situation and determine as best you can whether you can bring the issue up directly with the individual without aggravating the situation. If you are not certain the situation will be coolly resolved then an intermediary is probably your best option. 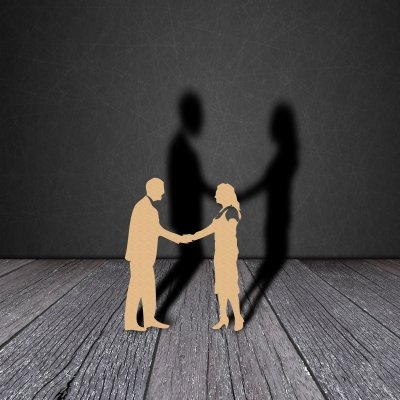 When you annoying others

Sure, the complaint may embarrass you; but isolating yourself from your coworkers won’t help your day-to-day workplace situation. It may negatively affect your employment. You will earn a reputation as uncooperative, aggressive and all around just not a team player.

Those are rarely the attributes businesses look for when promoting employees. It could even get bad enough that the company decides to fire you. In most businesses, the chemical warfare lady from my story would have lost her job the second time it happened (or at least the third). In this job market there are too many good candidates for jobs to believe your employer needs you. You don’t want to lose a job over something relatively minor.

You are unlikely to win unemployment benefits and you’ll have a terrible time finding employment. If the complaint is truly outlandish or relates to something about you that is part of a protected trait, such as a disability, then you are still best off not creating conflict with the complaining coworker. Work with your supervisor and human resources to resolve the conflict.

But if you are a manager or HR…

If you are management or human resources then your job is a little more involved here. You have to balance your role in leadership with the risk of creating conflict in the workplace. You also have to consider whether the validity of complaints. Most importantly, you also need to consider whether the conduct relates to something protected by anti-discrimination laws, like sexual harassment. Certain conduct, although annoying to some employees, may relate to a disability. Raising that issue with the employee may welcome a discrimination suit.

Similarly, you need to assess whether the conduct relates to protected statuses, including age, race, religion, national origin, sex. You may not open the door to a discrimination suit just by discussing workplace conduct; but discrimination lawsuits often rely on looking at the whole picture and the conversation may be one piece. You may expose yourself and the company to liability by taking steps perceived as adverse to the employee.

If you are dealing with a workplace problem, obtaining legal advice from an employment lawyer is never a bad idea.